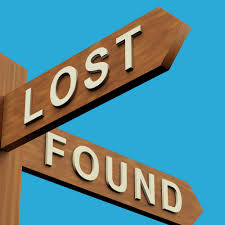 Behind the often quoted verse are lessons on loss, which I learned from my pet.

As a boy, I had a pet cat named Kitty. Kitty was a thin kitten who strayed into a classroom and was brought home by my mother. Over time, Kitty became the family pet. We fed her fish, rice, and doughnut crumbs. Every time I came home from school, I would spend time playing with Kitty. She loved resting next to me whenever I watched TV.

One lazy afternoon while Kitty was reclining on my chest while we were watching TV, my sister arrived and started to pester me. In my irritation, I picked up the nearest thing and threw it at her. It was too late when I saw that the projectile I tried to aim at my sister was Kitty. Since my sister had swiftly ducked, Kitty ended up hitting the wall.

I immediately rushed to pick up the poor kitten, but it was too late, and that memory of Kitty writhing on my lap, as she slowly died, etched itself in my young mind. Accidentally killing my own pet scarred me as a young boy.

For nine days, I prayed a novena over my dead Kitty. I would cry over the happy times that we played together, of how we would spend lazy afternoons watching TV, of how I would feed her every now and then with whatever food I had, of how I was able to smuggle her on a plane to Manila. I would be filled with intense guilt at the thought of never being able to play with Kitty again. Even though I understood that there will always be other kittens, I knew in my heart that there will never be another Kitty. I will never find another cat to replace her. The thought of it broke my young heart. I never took care of another pet cat again.

Since that time, I have had other pets. All dogs, I must say. There was Fifi, the puppy whom I lost when she was taken to a K9 unit; there was Smüch who died of dehydration during one of my retreats; there was Sam, Artoo, and Smüch Jr – who all died of old age.

Those of us who have never taken care of pets will never understand the depth of grief that pet lovers feel. I eventually began to realize that the experience of loss has more to say about the person losing than the object of his or her loss.

This was true as I have moved on from losing pets to losing people whom I have invested myself in, and who have invested their time on me. The quality of one’s suffering never changes. Loss is felt deeply. It is a pain that hurts and crushes your heart whose intensity depends on how much of yourself you have poured out on what and who you have lost.

For some, losing someone is the cross that we do not only bear, but it is also the cross upon which we find ourselves crucified. We find it hard to move on. Our thoughts hold us hostage, bringing us back to dwell over and over again on the past, on what seems bittersweet now, on how you could have done better, on how you could have said something else instead. A facet of this loss is the pain of a past that you could not bring with you anymore into the future. And so you find yourself stuck, wallowing, sobbing into your sheets, drowning in the tears of yesteryears.

Letting go is loss experienced from the other side of the fence. It is what loss means when you are the one who has to give up a shared past, a future dream, or a current loved one. It is the cross whose weight pins you down from making a decision. It is the cross that nails you into paralysis and inaction causing a festering wound that only ends up hurting you and others around you. This wound reeks because it is like food that you have tried to keep in the ref beyond its expiry date.

Loss creates an unlikely solidarity, a fellowship of the weak and broken. Its company offers solace to the abandoned, the rejected, and the bereaved. It builds a community of the vulnerable – the ones who have loved and lost, who have once again felt and confronted what humanity means – to be moved, to be touched, to weep.

In loss, we discover each other.
In loss, we can truly find the other.

Just as a leak allows water to seep through. Just as a hole in the soil allows a plant to sprout. Just as a slit allows light to stream through barred doors. All that it takes for God to enter and become relevant to our otherwise perfectly curated lives is that fissure. The crack that seemingly destroys the aesthetic of our life will become the break that allows new life to emerge.

In loss, God finds us.

In loss, we are finally found.