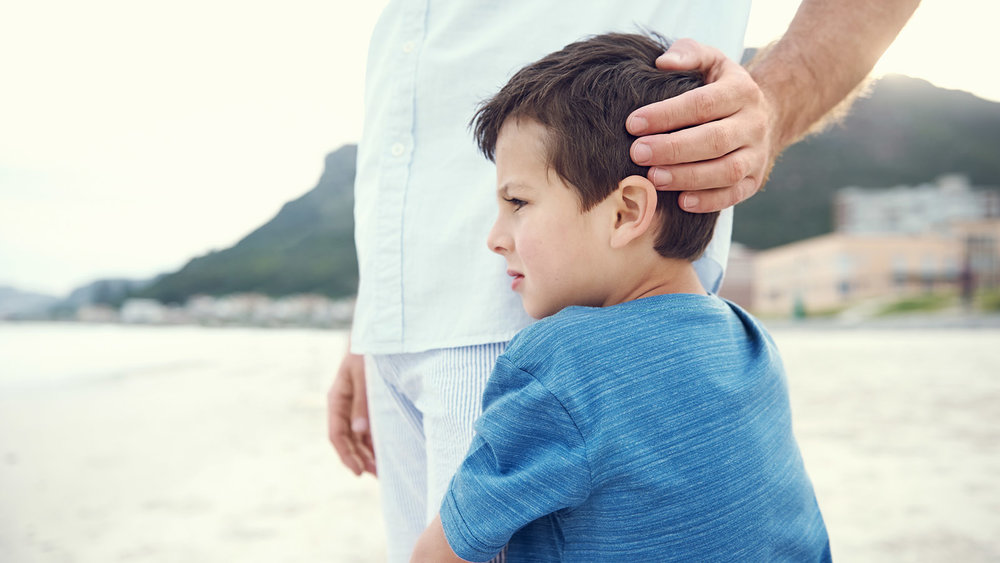 A story is told about a Jewish boy named Mortakai who refused to go to school. His mother decided to take him there herself. He cried, screamed and protested on the way, and when her mother left, he ran back home. This scene played out over and over again for several days. His parents tried all sorts of arguments, bribes, and even threats. The boy however continued to resist, and refused to go to school.

Finally the parents went to their Rabbi and explained the situation to him. The Rabbi simply said, “Because the boy won’t listen to words, bring him to me”. When the boy came to him, the Rabbi did not say anything. He simply picked up the boy, carried him and held him close to his heart. Then, without saying a word, he put him down. After that, Mortakai not only began going to school. He went on to become a great scholar.

The lesson of the story? What spoken words could not accomplish, a silent embrace did.

Science has demonstrated that a hug is powerful. It triggers the body to produce happy hormones in the brain – serotonin, dopamine and oxytoxin – which boost our immune system. It does not only make a person feel good. A hug also communicates emotions like love, gratitude and sympathy to others.

How do we understand the Eucharist? What does it do to us? These are good questions to ask as we celebrate today the Solemnity of Corpus Christi.

Ever profound and insightful, Ron Rolheiser says that the Eucharist is God touching us. It is “his physical embrace, his kiss, a ritual within which he holds us to his heart”.

Yes, we hear the Word of God preached to us. Yes, we feel him in the quiet recesses of our soul in personal prayer. He is definitely present to us in a myriad of ways. But God knows that we need to be touched, and so he gave himself to us in the Eucharist.

“Without the Eucharist, God becomes a monologue”, says the novelist Andre Dubus. Talk about God becomes plain word, and words are inherently limited. Words have power but they sometimes fail in communicating the most profound meaning of things. When the language of word fails, we turn to another language, that of touch and embrace. Where words flop, it is an embrace that accomplishes what words cannot.

Toward the end of his life, at his final meal with his disciples, Jesus must have felt the limits of the word. Having spoken extensively about the Kingdom, he must have been exhausted already. When there was nothing much more to say, he told his disciples, “Take my body and eat, take my blood and drink”. It was probably his way of saying “when all is said and done, I want to embrace you”. Again and again. “Do this in remembrance of me.” The Eucharist is Jesus’ way of saying that when words fail to console, let my touch remind you of how much you are valued and loved.

Whenever we come to mass and receive the Eucharist, we pray that it becomes truly for us an experience of God’s reassuring embrace. In the Eucharist, he does not only speak to us. He touches us, and holds us close to his heart.