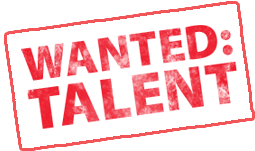 Just a few days ago, I had a conversation with a young guidance counselor. He works in an exclusive school for kids from wealthy families. These families own whole industries that earn millions by the day. The young man is assigned to eight- and  nine-year-old boys in the school. That’s hardly the demographic from which kids would be marched off to the guidance counselor, right? I mean, what were you and I doing when we were eight or nine? Mostly playing, right? What were we thinking about? I don’t know, our next weekend at the beach? Playing with the neighbor’s kids? Sesame Street? Well, this young guidance counselor will have us know that times have changed. In his first year of work in this school, he has already had to confront the reality of suicide…by eight- and nine- year-olds; suicide ideations and suicide attempts. Just several days ago, he had to do an intervention with a third-grade kid who attempted to take his own life by jumping off a building. And that’s only one grade level. The young man’s fellow counselors in the other levels, they’ve had to deal with the same problem: very rich, very innocent children, angelic!—suffering deep angst that you and I didn’t feel until we were teenagers agonizing over our pimples.

Hearing it anew from the young man still shocked me. But part of me shouldn’t really have been surprised. I had heard confessions in the same school twice. At both times, nine out of 10 boys either yearned for their parent’s love—especially their fathers’—or hated their parents because they were never there for them. It was a story I’ve heard many times over. The rich parents give them everything they ask for, everything; the usual remedy of the super-rich that alleviates parental guilt over absenteeism. “Since we can’t be there for our child very much, oh, we’ll buy him everything he asks for; we can afford it. We hope that his comfortable life will show him that mommy and daddy care for him very much. What else could he ask for? He has everything!” So, every day, many boys from expensive schools get chauffeured home to their high-rise apartments where yaya waits for them, and they play with well-groomed dogs. Oh, I’m not derogating yayas and dogs. I bet many of these kids receive more love from them than from the people who should be loving them the most. Otherwise, why would many such kids even think of jumping off a building at age eight or nine?

Take good care of what the master has entrusted to you. That’s the most fundamental lesson Jesus wants us to remember from the parable of the talents. We often understand talents as smarts, know-how, aptitudes, skills; and they may very well be these, and they all come from God, sure. We often forget, though, that the talents entrusted to us by our Master must be directed towards people, the gift of people; people who rely on our smarts, know-how, skills; people who look up to us as their “true north,” who depend on us for their making or their breaking. Talents are God-given and God-driven. They are therefore always “intentional,” meaning, they are intended for an “other.” They are bestowed in order to eventually benefit another. The final and most important beneficiary of our giftedness are people; no, not the multi-million-peso business, not the self-indulgent hobbies, not the hipster-cyclist social image. No matter how much money we make, when people who need most our presence go orphaned, or worse, go self-destructive, then whatever nest we feather, whatever image we buff, they’re as worthless as money buried in a hole on the ground, dead as our hearts.

In a poor people’s hospital in Davao stands a tiny public school run by sisters. A few years ago, a sister showed me around. The students were poor children suffering from very serious motor nerve diseases. So, they were all lying down on benches. Oh, nothing was wrong with their thinking. They could think as clearly as you and I. But their bodies were all bent out of shape, their hands were hooked inwards, their knees were folded up to their chests.

Sister walked me over to an 11-year-old boy. Like his classmates, he was all curled up in a ball. “He’s an artist, Father. He paints and draws with his mouth. He’s really good.” Well, maybe Sister was just being kind, I thought. Then, Sister started helping herself with a worn-out school-bag sitting beside the bench, and took out an art notebook. She opened to page one. “Look, Father, his drawings.” And I was shocked. It was a drawing of a woman’s face, rendered in colored pencil. With its lines & shading, its colors & depth of detail, you’d never believe the portrait was by a boy who had absolutely no use for his arms and hands. “All this with his mouth, sister?” Sister nodded. By the time I got to page six, I think my jaw was already around where my ankles were! I couldn’t even draw a lousy apple to save my life. But this kid—he penciled faces, water-colored seascapes, crayoned trees—all with his mouth, while lying down on his side. “I want to do some more, Father,” he said in Cebuano, “so I could sell them and help mama and my sister.” His sister was also there, by the way, two benches down, equally disabled by motor nerve disease. Their Mama was there every day. She’d sell a few bunches of kangkong, just enough to buy kanin and ulam for the three of them. “Even if I’m this way, Father,” the boy said, “I know God gave me this talent so I could help mama sell more kangkong and help my sister finish school.”

How could someone who, in the eyes of the world, was entrusted with so little still give so much? But see, that intentionality of giftedness, that will to live, that deep and great love in a small, crippled body—that was talent already earning huge percentage-interest, minted in love and presence and attention. And I know deep in my heart that the Master will finally say to this boy and his sister and their Mama, “Well done, my good & faithful servants. Come & share your master’s joy.”