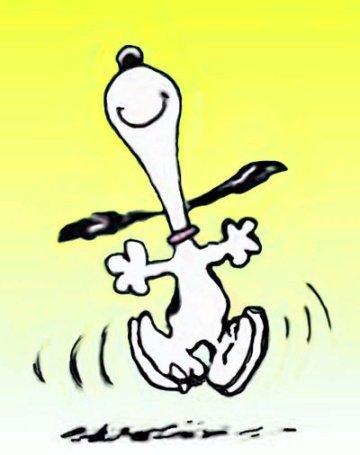 Our Gospel today is bursting with ironies. Maybe it’s just fitting for Laetare Sunday. Because when you look at the story in a more light-hearted way, its ironies can actually bring a faint smile to your face. The man was born blind, so people presumed either he or his parents were sinners. Yet, Jesus said that the very works of God would be made visible through him who was thought a sinner. That’s one irony. Secondly, for the same reason, the blind man was regarded unclean. Yet, Jesus used spit and dirt—two major sources of impurities—to cure the man, thereby, declaring him forgiven, and pure again. But the biggest irony was the third. The blind man was him whose eyes finally saw the Messiah. The Pharisees, on the other hand, who had always regarded their seeing as clearest and cleanest, were the blindest and the vilest.

In his brief ministry on earth, Jesus managed to expose life’s ironies and paradoxes. “Unless a seed falls down and dies, it will not bear fruit.” “He who loses his life will save it, and saves his life will lose it.” “He who wishes to be the greatest must be the servant of all.” Even the Beatitudes are line upon line of irony. “Happy are the poor, the Kingdom of heaven is theirs; happy the hunger, they shall be fed….” Two Fridays from now, in fact, we will again be memorializing Jesus of Nazareth as “irony incarnate” himself: a crucified Messiah, someone who saved others but couldn’t save himself, said one thief whose accomplice, another thief, became the first unofficial saint promised paradise!

Jesus’ ironies always had two sides—a side of light and a side of darkness. And these two sides must always be taken together, understood together, accepted together. Only then can they teach the crucial lesson for which they are intended. What is happening to us in this pandemic is, for me, one such divine irony of epic proportions, with a side of light and a side of darkness. It takes a virus, for example, to give our planet her much needed breath of fresh air. The same virus that requires people to stay far from each other is now bringing families closer together. We used to think we can take care of ourselves first before and then just take care of the poor out of our extra time & effort. Well, now, we realize that taking care of the poor spells our own well-being, too. We never thought much about the possibility and proximity of death, did we? Now that mortality can be just a sneeze away, a cough, a touch, how we treasure life and living and survival like never before! Always a dark side and a bright side to God’s ironies, and unless we embrace both sides at the same time, we don’t learn the most crucial lessons God wants us taught.

It is, however, Laetare Sunday. And our Catholic tradition tells us to take a break from our Lenten sacrifices and to “laetare,” rejoice. Laetare Sunday gets its name from Isaiah 66:10, “Rejoice, O Jerusalem: and come together all you that love her: rejoice with joy, you that have been in sorrow: that you may exult and be filled from the breasts of your consolation.” I know. It’s rather strange, even insulting, to tell ourselves or other people to rejoice in these circumstances. But because we are living in irony in these dark days, there still are, by God’s grace, reasons to laetare.

Laetare…because scientists all over the world are working together for a cure, and they will not stop until they find one. Laetare…because our frontliners keep reporting to work every day to take care of the helpless. Laetare…because owners of schools and apartments have thrown their doors open to house medical workers as well as street dwellers. Laetare…because our families in our home-countries and provinces are still safe, and our own Fr Tom, and our old Fathers in the Wellness Center are still okay. Laetare…for we have not run out of food and we have willing people to brave past the gates to keep us well-supplied. Laetare…because food factories and produce are still in operation. Laetare…for we have Melchor, Jerry, and Kuya Loloy to help us where we’re most vulnerable. And laetare, my guardian angel whispers in my ear, for on Thursday, Fr Riyo will come out of quarantine and be rector again!