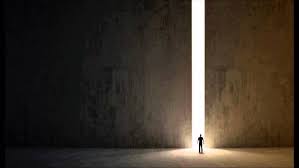 In our theology classes in Loyola School of Theology, some of my brightest students are those doing their MA while also teaching theology at Ateneo. I really admire them and their work. I can only imagine how difficult it is to teach theology to college people these days, and more difficult than that, to make theology matter to them not just as a school requirement, but as a tool for life. As I’ve gotten to know my student-teachers, I’ve also gathered from them five reasons why our Church turns off our young people.

First, young people have the impression that the Church is all about rules that should be obeyed, but are not explained to them why they should. Worse, they’re not allowed to ask legitimate questions about the rules. Elders—meaning, parents, teachers, priests, nuns—elders don’t seem to quite understand that “asking questions about the faith” is not necessarily “questioning God or religious authority.” Second, many young people find it unbelievable that in the 21st century, many of us Catholics still believe that only heterosexuals can be moral, while we call gays and lesbians by many disparaging words: sinners, possessed by the devil, going straight to hell—and simply for sexual orientation. Third, many young people feel forced into attending Masses, and yet, the priests give  “long, boring, and shallow homilies”. Some priests have even scolded the youth by saying “The Mass is not supposed to be entertainment.” But they’re not looking for entertainment. They’re looking for meaningfulness. Fourth, young people notice that we, their elders, insist on Church every Sunday, but we behave as haters, gossips, and sexists the rest of the week. And last, many young people who do go to Church strongly sense that they’re not really learning more about who God is, but rather, what the Church prohibits, what priests don’t like, what kind of people they should avoid. But as for learning more about who God is, who Jesus of Nazareth is…waley.

Which reminds me…I think you’ve heard about this. There’s a Jesuit school in Indianapolis which the Archdiocese of Indiana recently revoked from the list of Catholic schools. As a consequence, the Archbishop forbids the school community to have school-wide masses there. They’re not even to call or promote the school as a “Catholic school.” Why? Because the school administration  and their board of trustees refused the Archbishop’s orders to fire a very good, very well-loved teacher…who happened to be gay, married to his husband, with whom he has a son. Critical question number one: must an Archbishop also govern the hiring and firing of employees in a Catholic school? More critical question number two: what image of the Church…or most importantly, what image of God does the Archbishop impress upon the students?

“Lord, will only a few people be saved?” someone asks Jesus in today’s Gospel. And that’s a question our young people may well be asking of us, their elders, today. Coming from the youth, maybe it’s not a question seeking our answer. It might actually be a rhetorical question to make us rethink the image of God we’re trying to project to them—especially when we make final decisions for God about who will be saved and who won’t, about who are righteous and who aren’t, about who can please God and who can’t. So if ever young people ask us, “Then, will only a few people be saved?” meaning, only Catholics, only Christians, only heterosexuals, only the canonically married, only the sacramented and the churched,” and a whole bunch of other onlys that alienate, discriminate, invalidate human persons—then I hope we realize that it’s not God who’s narrowing that door to salvation. It is us…us playing God.

“Strive to enter through the narrow gate,” Jesus says today. “Because I tell you, many will attempt to enter it, but will not be strong enough.” And sisters and brothers, I just love that the Lord said that because today, I hear Jesus saying something like this: “You who have narrowed the door to my Father’s Kingdom, strive to enter that same door you’ve narrowed by standards of righteousness you impose on others. Because I tell you, many will attempt to enter it, but will not measure up.” I have seen it happen very, very often, sisters and brothers, not just to other people but even to myself. When I become hyper-focused and hyper-attached to my standards of righteousness, what I think is right, whom I think is wrong, why I think my criteria must be met, in other words, even if I could be the most lawful priest I could ever be, it is then that I’ve turned into someone who’s unbelievably yet unwittingly heartless. “But we ate and drank in your company and you taught in our streets!” Well, no matter which Gospel we read every Sunday, sisters and brothers, it’s pretty clear that if there’s someone who’s not welcome to the Kingdom of God, it’s not so much the lawless but the heartless.