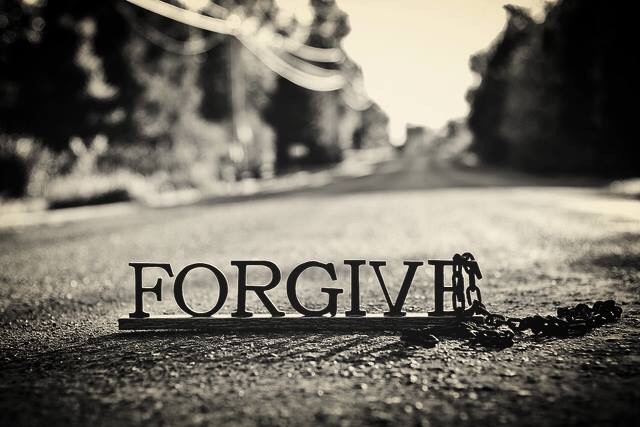 One morning I was driving back to the seminary in Cagayan de Oro from an early morning parish mass. In one intersection, I made the mistake of stopping at the rightmost lane while waiting for the green light to turn on. The driver of the taxi right behind me started yanking his horn, and the manner with which he did it pissed me off instantly. Realizing that I was actually blocking his way, I moved forward and to the left, giving him enough room to pass. From nowhere a traffic enforcer came out, berating me for stopping on the pedestrian lane. When I moved forward to stay out of the lane, he shouted at me. Nothing I did seemed right, and I couldn’t understand how people can be so rude and oblivious to basic courtesy. To my disgust, I stepped hard on the accelerator and drove off.

At that moment it felt like the entire universe was conspiring against me. Deep inside, I was cursing the taxi driver and the traffic enforcer. I am sure that they were cursing me as well.

That specific experience is nothing compared to the aggression and violence that we hear about almost every day. Think of the recent bombing inside the Cathedral in Jolo in which tens of innocent people died. When you ponder over the amount and extent of senseless violence, you realize that it is not easy to make sense out of the Gospel Reading for today.

Is this ‘Gospel ideal’ of loving the enemy, of doing good to haters, of blessing and praying for abusers, attainable at all? Without doubt, this part may simply be one of the most difficult passages, if not the most demanding, in the Gospel.

Beyond the impression of impossibility which this Scriptural passage creates, I like the way one writer handles its importance. He says that loving the enemy is not being a starry-eyed idealist. On the contrary it is being realistic and practical. Without it, human life would be a nightmare, if life itself is even possible at all.

Loving the enemy, doing good to those who hate us, praying for those who persecute us – this in fact is our key to survive and thrive.

Without the capacity to let go of offenses committed against us, our injuries and wounds just keep growing until they destroy us. To use a more graphic illustration, if we continue claiming a tooth for a lost one, we all end up toothless.

I am not a fan of higher mathematics, and I guess mathematics is not fond of me. The dislike is unmistakably mutual. But I like what I have read somewhere that zero is what makes mathematics possible. It “freezes up the whole system, makes all the other digits mobile…” Without zero, “numbers are like traffic that is gridlocked: nothing moves” at all. The writer goes on to say that love is like zero. It is the zero response to hatred which frees us from the vicious cycle of violence.

Without love, without forgiveness, without the capacity to let go of our hurts, we cannot move on. We cannot grow up. We can only regress to the point of annihilation.

Imagine if every class day in school, instead of seeing the academic demands as formative in both character and intellectual substance, you physically attack your professor out of frustration and pull out whatever is left of his hair. We would all perish sooner or later, and life won’t even be possible.

In the end, we have to say that loving the enemy, forgiveness, letting go and letting God, is always an event of grace. This we pray at mass that we allow God’s grace to transform us into forgiving persons. Amen.