When we hear the term “annunciation”, we usually think of the annunciation of the birth of Jesus by the angel Gabriel to Mary. This is found in Luke’s Gospel. In today’s Gospel from Matthew, we are told of another annunciation – that of an angel to Joseph. The message is the same, but, here in Matthew, the angel announces the birth of Jesus to Joseph after he has discovered that Mary is with child. Joseph was betrothed to Mary but they hadn’t come to live together as husband and wife. What is Joseph to think? His solution is to divorce her quietly, being sensitive to her situation, while being realistic about what had happened, The annunciation to Joseph is with a view to enlightening him about what had really taken place.

The angel tells Joseph, “Joseph, son of David, do not be afraid to take Mary as your wife, for the child conceived in her is from the Holy Spirit. She will bear a son, and you must name him Jesus, for he will save his people from their sins.” Joseph must have been shocked. But it doesn’t take long for him to do as the angel commanded him. He takes Mary as his wife but has no marital relations with her – and the rest is our salvation history.

Most interpreters of this passage from Matthew see Joseph here as God-fearing, faithful to God, and obedient to his commands. But I would like to think that there’s more here. Joseph, after all, belongs to a people that had hopes of being liberated from tyranny and oppression. He is part of a people that listened to prophets like Isaiah and Jeremiah, who, in the past, had told the Israelites that “…the days are surely coming…” when it shall no longer be said, “as the Lord lives who brought the people of Israel up out of the land of Egypt,” but “as the Lord lives who brought out and led the offspring of the house of Israel out of the land of the north and out of all the lands where he had driven them. Then they shall live in their own land.”

This is a promise the Israelites kept close to their hearts. This is the HOPE that inflamed their expectation of the coming of the messiah.

Joseph belongs to this people of hope, and so, even in his confusion, he is willing to do as he was commanded – anything to help the fulfillment of a promise.

What we have here is a prophecy of hope, And Joseph is part of its fulfillment. And yet – what kind of liberation are the people expecting? Definitely not a baby to be born of a couple like Joseph and Mary. People are hoping that the messiah would destroy the enemy, crush them to smithereens. That’s the liberation they are hoping for. What they are not expecting is the messiah that did come –

…one gentle and silent night many, many years ago. Joseph and Mary, who was heavy with child, left Nazareth to travel to Bethlehem in Judea. While they were in Bethlehem, it was time for Mary to have her child. There, in a makeshift shelter, Mary gave birth to her first-born son, because there was no room for them at the inn. She wrapped him well to keep him safe and warm, and laid him on a bed of hay.

What a crazy story, this story of expectation and the birth of Christ. In one of my favorite Christmas homilies, Horacio de la Costa calls this “Too Good to be False”! G K Chesterton has said it all for us, De la Costa says. “The only way to view Christmas properly is to stand on one’s head. Was there ever a house more topsy-turvy than the house of Christmas, the Cave where Christ was born? For here, suddenly in the very heart of earth, is heaven; down is up and up is down; the angels and the stars look down on the God who made the and God looks up at the things He made. There is no room for Him who made room, and to spare, for the Milky Way! And where God is homeless, all men are at home.”

Now, let us make the story even more topsy-turvy, a story that perhaps even Joseph was not aware of when he followed God’s command. As far as I know, the birth of Christ as a prophecy of hope. And so people hoped that he would right the wrong, raise up the downtrodden, create a new Israel where “justice shall flourish…and fullness of peace forever.” But we know now, especially in our time, that that’s not quite how the story of the Messiah turned out. Yes, we are often told that the birth of Christ is the birth of hope in our lives. And not only that! Like the Israelites of Jesus’ time, we can now hope in Christ. In fact Christmastime every year is not just hearing “Christmas in Our Hearts” like a broken record, but the yearly renewal of hope.

But maybe we have read the story incorrectly. Maybe the story of Joseph doing as God commanded him, the story of Jesus being born in a manger, the story of Jesus as God embracing humanity, making it is own – that story is really GOD HOPING IN US! We hope in God; and so does God hope in us! Now that is topsy-turvy! Imaging, God hopes in us. And if the significance of this does not sink in just yet, try telling yourself like a mantra: “I am God’s hope for a better world!” “I am HOPE!”

We can be hope, no matter how difficult.

Let me end on this note of encouragement in the face of difficulties: 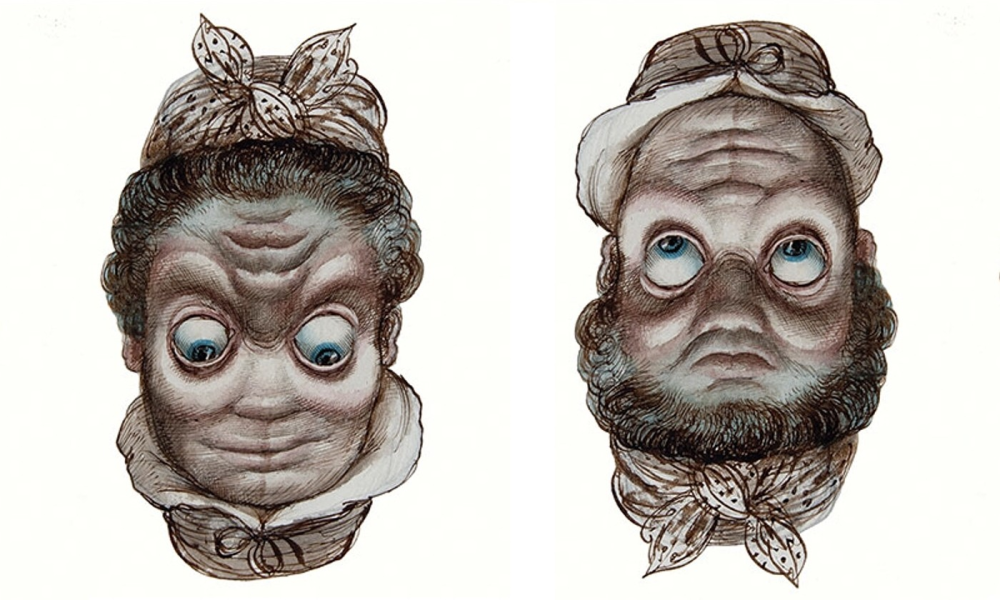