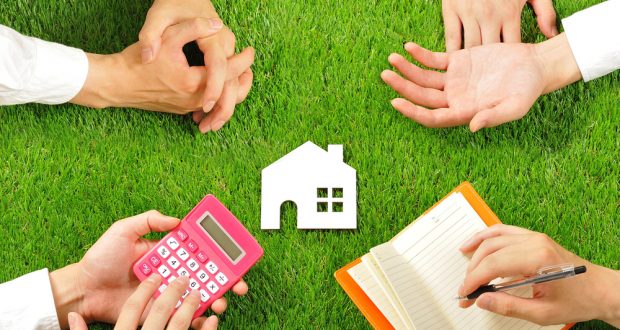 “O,ano ba ‘yung pinagtatalunan ninyo kanina habang naglalakad tayo?” Jesus asked his friends. Now don’t you think a pagtatalowould have been loud enough for Jesus to hear it? But he had to ask: “What were you arguing about on the way?” Well, this could mean only one thing: that his friends deliberately kept their distance from Jesus while they argued. Nanadya sila. And this was confirmed because when Jesus asked them what they were arguing about, tameme. “They remained silent,” the gospel says. Obyus tuloy na sinadya nilang itago ang anumang pinagtatalunan nila, walang umimik eh. Ibig sabihin: nahiya. Ibig sabihin: kahiya-hiya ang pinagtalunan nila, at alam nila ‘yon. The Gospel confirms this on the next line: “They had been discussing among themselves…who was the greatest.” I remember something we say in Tagalog: “Hindi pa lumalamig ang bangkay ng magulang, nag-away-away na ang mga anak sa mana.” When they were just starting to walk, didn’t Jesus just say that “the Son of Man is to be handed over to men and they will kill him, and three days after his death, he will rise”? No wonder they were silent. Hindi pa lumalamig ang bangkay ni Hesus, ni hindi pa siya namamatay—sinabi pa lang niya na papataying siya—pinagtatalunan na nila kung sino ang susunod na greatest? If Jesus were Pinoy, maybe he would’ve have said, “Ang kapal ng mukha n’yo, ha! Kasasabi ko pa lang na papatayin ako, nagtatalo na kayo kung sinong susunod na greatest!? Mga walang pamimitagan!”

But it’s a reality that you and I have talked about with our friends, isn’t it? This issue of families crumbling when parents die, because the children start fighting over inheritance, mana. No family will openly discuss this, let alone honestly accept that they disowned siblings over mana. But you and I know the sad reality still happens, doesn’t it, even to the best of families? When all respect, all pamimitagan, all love between brothers and sisters drain away, all because of money. “But Father, it’s not just the money,” and this I hear very often. “It’s the principle behind it, Father.” Yeah, it’s the principle. But it’s the money too, isn’t it? Many times, it’s the money more than relationships, the money more than family. But of course, I don’t say that out loud. Like the disciples, I just remain silent, because I’d also be embarrassed myself if my own family truly fell apart because we  fought over a gift that our parents’ left behind.

Those who are parents here, I know deep in my heart that the last thing you’d ever want to happen when you’re gone is for your children to bicker and fight and worst, to sue each other over a gift you’ve left them. I also know for sure that the reason why you’re breaking your backs today, working all your lives, is precisely to make sure you have something to leave to all your children, something to help them go on in life when you’re gone, something that will keep them and pull them together as family, and yes, a gift to remember you by. And you know, that was exactly the same thing Jesus wanted to bequeath to his friends: mutual love and service; that they love and serve each other when he was gone; that no one lord it over others, but that everyone be servant to the rest. It’s not about being the “greatest.” It’s not about who should get the most and who should get less, who gets the house and who gets the land. It’s all about your children using the gift you left behind as gift; not as weapon—a weapon by which they could disown and destroy, and worst, sue each other. When siblings take each other to court, that means they’ve stopped regarding each other as siblings. They now see each other as criminals. And if you’re the father or the mother looking down at all these from heaven, how heavy your heart would be that your gift is tearing your loved ones apart, when in fact, you intended it to do exactly the opposite.