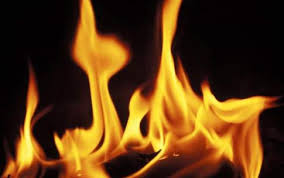 Have you ever been moved with pity so deeply that you felt it in your guts, na sobra kang awang-awa na parang hinalukay ang bituka mo? The last time I felt very deep pity was last Monday. I was waiting for a cab down in Barangka. I decided to finally bite the bullet  and brave the bureaucracy of claiming my plastic driver’s license, two years tardy. Early in the morning, I was already tightly wound over the inefficiency and ineptness I was sure would meet me, like a town bully just waiting up the road to make my day miserable for no reason whatsoever. Then, while I steamed with anxiety and foreboding, I witnessed a most tender scene. A woman pushing a wheelchair went slowly past me. On the wheelchair sat a teen-age boy in school uniform. And on his lap, his grade-school brother, wearing a similar uniform. The woman pushing the wheelchair must have been their mom. Down her back hung a heavy school bag that had seen better days—patched with happy cartoons. I don’t know what happy pill they took after breakfast but all three of them wore such gentle smiles. They weren’t talking to each other. They were all looking towards the front, forwards, like the last happy scene in a family movie; the mom, her teen-age son, his kid brother—all smiling on their way to school. And deep in my gut, I was moved with sympathy.

In Greek, to be moved deeply such that you feel it in your guts, is the word: splanchnisteis. The word appears in very old Greek manuscripts of Mark, like in today’s Gospel. Splanchnisteis describes how Jesus was moved with mercy when 10 lepers begged him for a healing. Splanchnisteis literally means “guts,” bituka, innards, lamang-loob. In English, it often translates as “heart”. But to say, “His heart was moved with pity” is not quite as powerful as “He felt pity right from his guts,” splanchnisteis, “hinalukay ang bituka niya sa awa.” I would safely say I felt the same thing in my guts when I saw two sons on a wheelchair being pushed by a mother, as they serenely made their way to Barangka Elementary School.

But you know, there are equally old manuscripts of Mark that use a different Greek word. Instead of splanchnisteis, they have orgistheis, to be angered. Strange, isn’t it? To be moved with compassion is one thing. To have your anger kindled is quite another. So there are English translations that actually say, “A leper came and kneeled before Jesus, and begged him, ‘If you wish, you can make me clean.’ And Jesus was angry (or, And Jesus was indignant). He said, ‘I do will it. Be made clean.’” Splanchnisteis versus orgistheis; what gives?

But now, think about it more deeply, and you’ll realize that it is possible for deep compassion and deep anger to be kindled in the same place in our hearts. The fire that warmed Jesus’ mercy must have been the same fire that stoked his anger. For how could a society who loved Yahweh ever presume these lepers as terrible sinners? How could God-loving Jews kick them out into the edges, over something lepers had neither choice nor control? On top of all that, how did Jews ever get around to regard lepers as immoral, corrupt, wrong? It was pitiful enough that society shunned them over a disease. It was maddening that religious authorities put a moral spin on it: “You have leprosy, therefore, you are immoral.” Not much different from kicking a man who was already down, or throwing a bible at someone who already wants to be forgiven. So, if you really think about it, deep compassion and righteous anger can co-exist in a single heart. And I’m sure you’ve experienced this at some point in your lives—especially when a beloved is unjustly harmed.

I remember the last time that our compassion and our anger were stirred at the same time. We rose to our feet as a people and finally cried, “Tama na! Sobra na! Palitan na!” Remember that? Our hearts were moved by a poor widow of a statesman who was felled in one of the most pivotal EJK’s in our history. At the same time, we were ignited into national anger and finally did something about it, after 22 long years. But whether as a people or as a family or as an individual, we know there are crucial moments in life when deep compassion and righteous anger must together blaze—especially in the face of cold injustice.

It is not easy to harness the surge of anger and turn it salvific, like Jesus turned both into healing. It takes a lot of practice…because most of the time, intense anger wants to destroy a perceived enemy and often razes our compassion to the ground. So maybe, it will be good to ask: “How do I turn deep anger into something that saves, alongside deep compassion?” It can be doubly difficult if anger has become our leprosy, when it burns and eats us up from the inside, kills our nerves, rendering us numb and heartless.

Have you seen The Last Jedi? In one of the most dramatic scenes, a pilot named Finn decides to go on a suicide ride. He will fly his old, rusty speeder right into the enemy’s huge laser canon as it is about to incinerate the last good people in the planet. And so, he drives full throttle towards the canon’s groaning mouth. But moments before he smashes into it, another speeder blindsides his, and sends him careening into safety. He later finds out that it was Rose, his dear friend. She put her life on the line to forestall Finn’s suicide. In a tender scene where Finn is cradling Rose, she opens her eyes and says, “We will win this not by killing those we hate, but by saving those we love.”

When our splanchnisteis meets our orgistheis, when deep compassion meets deep and righteous anger, we pray that we burn not ourselves or others, but instead burn with courage to save those we love; especially those who, through no fault of theirs, nobody else wants to love.