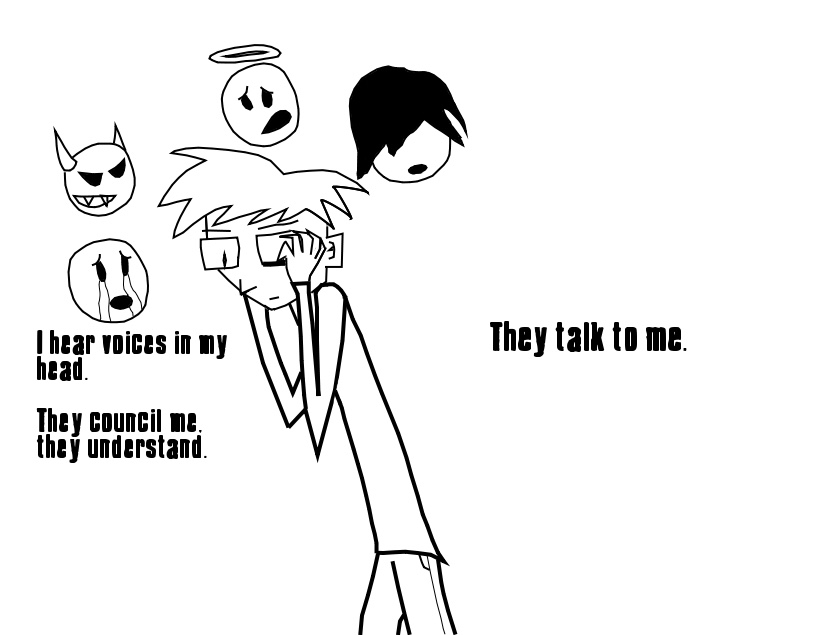 The Jesuits are in charge of chaplaincy in Philippine General Hospital and I had the opportunity to go on a month-long summer exposure there many years ago. I will never forget that day when I was assigned to the children’s ward. Late one afternoon, they rolled a bed into the ward. On the bed was a very, very angry 14-year-old boy who was kicking and screaming. We could only watch a few steps away because five attendants were trying to tie his hands and feet to the bed. Then one of the bantays in the ward whispered to me, “Brother, i-bless n’yo po. Masamang espiritu ‘yan.” When the attendants were done, we all approached the poor kid who was still thrashing about. Basang-basa na siya ng pawis. Tumutulo ang laway. I thought his bed was going to come crashing in on him because he was madly pulling his limbs free from the bed posts. But what really scared me were his eyes. They were wide open and looked very, very terrified while he shouted: “Darating na siya! Darating na si Satanas! Nandyan na siya! Lagot kayo kay Satanas!”

Looking back at that unnerving afternoon many years ago, I’m more convinced now that the boy must have been suffering from schizophrenia. Schizophrenia is a mental disease due to chemicals that misfire in the brain. It causes patients to hallucinate. Schizophrenics hear voices that the rest of us don’t. But the strangest thing is that the voices they hear are indistinguishable from real voices. They sound exactly like there are actually people in the room with them; very clear, very “real”, and very compelling voices. They could be voices of strangers or of their parents. Some even hear a voice identifying himself as “God” or the “devil”. What do the voices say? Many patients say that the voices criticize them, ridicule them, say nasty things to them. “You’re good for nothing. You’re a mistake. You’re such a loser.” Voices also threaten them: “Someone’s waiting outside to kill you, stay indoors.” “Your mother is poisoning your food, don’t eat it.” “God is mad at you. You’re going to hell very soon.” But the darkest voices are known to say, “Destroy your eardrums so you can’t hear us,” or “Slash your wrists and we’ll keep quiet,” or, “If you jump off the building, we’ll shut up.” So, many untreated schizophrenics have done everything just to stop the voices, including hurting themselves and even ending their own lives. And the voices go on all the time, they said, even in their sleep. It must be a very unsettling, very sad illness, schizophrenia. Thanks to the advance of medical science, today’s treatments are able to silence the voices for much longer stretches than before.

But you and I, we also hear voices, right? Unlike schizophrenics, we know which voices are inside our heads and which ones are outside. But we do hear inner voices too, don’t we? In fact, our thoughts are “voiced”. Very often, we hear our own voices when we think or read or pray. But our incredible brain has an enormous memory bank of other voices. Fortunately, we can still hear the voices that consoled us and soothed our pain, gave us good advice and cheered us on. On the other hand, we also still hear voices that said nasty things to us, or shouted at us, or spread fake news about us. Whether we notice it or not, good voices actually affect our behavior positively, while bad voices do just the opposite. Let me use myself as an example. Kapag papasók na ako ng Ateneo at nakita ko ang security guard, the voice in my head says, “Ayan, tingnan mo. Nakasimangot na naman mga ‘yan. Sisitahin ka na naman ng mga mokong na ‘yan. ‘Di ‘yan nakakatanda ng mukha, eh. Magpapakilala ka na naman. Bubusisiin ka na naman kung saan ka papunta. Iinit na naman ulo mo.” So even before I get to the guards, I already feel tense, annoyed, and defensive. So see, our thoughts are not just “voices in our head.” They actually have a “say” in how we think of ourselves or of other people. More importantly, they have a say in what we eventually feel and what we finally do.

That’s why even if we’re not possessed by a spirit, we could still be quite bedeviled by negative inner dialogues. I say “bedevil” because bad voices could defeat the good voices and possess us. Bad voices seldom say anything life-giving. They’re pretty death-dealing, in fact: they make us defensive even when there’s no battle, make us anxious even when there’s no danger, makes us catastrophize even when there is no calamity, or make us want to strike even when there’s no threat to our lives—anything to avoid feeling defeated, and worthless. When we’re not listening to ourselves more closely than we should, we don’t notice that we slowly become our negative inner dialogues. That’s when bad voices have possessed us. That’s when we really, really need the Lord desperately to exorcise our memories of their demons.

We believe that Jesus is the Word of God made flesh. How we would love that Word to always be “synonymous” to everything that the voices say in our memories! How we would love for him to have a say in everything that we think and are about to do. But short of that, one powerful word from Jesus should be enough to silence what bedevils us; one word we must listen for when bad voices importune us; the same word in today’s Gospel which Jesus speaks with authority: “Quiet,” we hear the Lord say. “Quiet…quiet.”