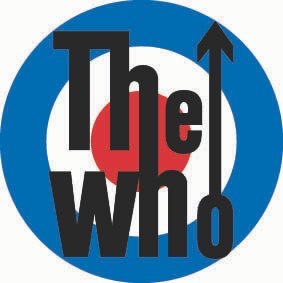 Do you know that we have students in Loyola School of Theology who are in their late 40s and 50s? One is even in her early 60s. Lay people. Some of them have retired early. Some are still working part-time. But they’ve all decided to either do an MA in theology, or to simply audit classes under professors from whom they wish to learn. I’ve asked some of them why they decided to go to school again; and the common answer I’ve collected goes something like this: that they thirst to know Jesus again over and beyond what they had memorized in religion class, over and beyond the image their elders painted about God, over and beyond what priests ramble on about in our sermons. One of them, whom I call tita in class, put it in a nice way: “Father, in my life as a Catholic, most of what I’ve been concerned about were questions like: is this sin venial or is it mortal? How often could I receive communion in a day? What time must Saturday mass be for it to be ‘anticipated’? Nakatulog ako sa rosary, will Mother Mary be disappointed? Nakalimutan kong magsimba sa holy day of obligation, do I have to confess it? When I make the sign of the cross, do I point to my chest when I say, ‘and of the son,’ or to my heart? And I realized, Father, there must be more to faith than this.”

Back in Jesus’ day, only males were allowed formal education. As early as five years old, boys would be taken to the synagogue by their fathers. The rabbis would teach them how to read and write, and memorize simple prayers. At 10, they studied the Torah, the law, and started to memorize its content. By 15, they studied how to interpret the law. By 18, they practically lived with their rabbis, closely observing how their masters answered questions about the law, how they applied the law to different situations, how they argued and debated details in the law. So, by adulthood, a Jewish male would have been quite proficient with the Law. And that was what a good Jew was expected to be: impeccable in the Torah.

Then came Jesus of Nazareth, whom people called ‘rabbi.’ He never referred to himself as a rabbi, by the way. His followers called him that, but he never claimed it for himself. In fact, if anything, Jesus broke the rabbi mold. First, he didn’t wait for disciples to come to him. No, he walked along the villages and chose them from all walks of life. Whoever was interested to listen was welcome, including women. And, yes, Jesus did teach in the synagogue everyday. But unlike rabbis, he taught everywhere else. The world was literally his classroom: a breezy hill, the arid wilderness, a noisy marketplace, the soothing lakeshore. Didn’t he even get on a boat one time and teach from the water? Strangest of all, this rabbi’s lesson plan—it was very bland on laws. Instead, he served a banquet of stories, a rich fare of themes and things seemingly ordinary, but heart-filling: a lost sheep, rising dough, weeds and wheat, good sons, bad sons, wise virgins, foolish virgins, seedtime and harvest, darkness and light. When challenged on his knowledge of the law, Jesus didn’t give them the satisfaction of arguing quote against quote from the Torah. Instead, he always brought it home to a loving Father, a Father who was always calling, always waiting in this many-splendored Kingdom of God. That’s why they said, “We’ve found the Messiah!” You could almost hear them say. “This guy’s really different. Iba siya. He teaches with hugot. He makes us feel that he knows what we’re going through, instead of make us feel we don’t know anything. Iba.”

Do we still seek, dear sisters and brothers, in our faith? What kind of seeking do we do? Do we look for answers to questions about “requirements” in Church, the how’s, the what’s, the when’s? Or do we seek the who if he isn’t still lost in all those requirements? I hope we haven’t lost the sense of who in our seeking—Jesus, the who, the person: what kind of person he was, how kind a person he was, why he said and did the things he said and did; what made him laugh, what annoyed him; why he forgave so easily; why sinners softened his heart, while the self-righteous frazzled him? I hope we have not lost our way while we’re busy seeking the how’s, the what’s, and the when’s of our religion, instead of the who of our faith. But, then again, to seek at all is something I think we Christians must continue doing, to ask questions, to wonder, to be disturbed. The saddest thing I’ve seen that’s happened to many devout Catholics, including us priests, is when we only provide answers, but have actually stopped seeking at all. When we no longer seek, especially the person behind our faith, we will miss one of the most touching and most beautiful invitations the Lord ever makes: “Halika, sama ka sa bahay namin. Sama ka sa buhay ko. Come & see!”