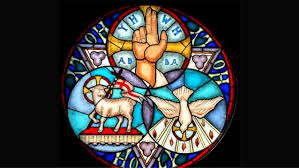 Did you see the video showing the Maute savaging St. Mary’s Cathedral in Marawi? We hear about this all the time—ISIS or the Taliban or Al-Qaeda vandalizing holy places out there in the Middle East. But it doesn’t hit as hard and hurt as deeply until you see it right in our country, perpetrated by our own countrymen. I felt cold with anger as I watched that dreadful video. Have you seen it? Two 20-something guys shoved the statue of St. Joseph off a pedestal and stomped it to pieces. They smashed the glass encasing the statue of the Blessed Mother, yanked her out, and threw her on the floor. They sent the huge crucifix crashing face down as they recited, “Allah-hu-akbar. God is the greatest.” Then they finally set fire to the presider’s chair and tossed in religious articles to feed the blaze. I’d be lying if I said I had only loving and forgiving sentiments for the Maute while I watched them. No; in my anger, I was actually thinking of hell. I was pretty sure whom to put there were I in charge.

As I grow older, I often wonder how our faith, the Christian faith, would’ve turned out if it were based solely on a book which must be interpreted literally—like the Muslims interpret the Koran or the Jews, the Torah. Now I’m not saying Christians are better than Muslims or Jews—not saying that at all. But I’m both amazed and thankful that the basis of our faith is not just words, interpreted and applied literally. I figured, if the sum total of your faith and religion hangs only upon a book of laws and its literal interpretation, and nothing else, how could you tell which interpretation to hold—or, more crucially, whose interpretation? On the one hand, we have peace-loving Muslim sisters and brothers. So they subscribe to a peaceful reading of the Koran. But then you have ISIS and their fetid champions, the Maute. For them, the Koran justifies massacre and suicide in the name of Allah. Now in such radical variance of interpretations, what gives?

To get back to my point, I am both amazed and thankful that I was raised in a faith that’s based not just on a book but also on a person—tao, a kind-hearted, non-violent person we call our Messiah, Jesus Christ. But, Fr. Arnel, don’t we have a book, too? And don’t our interpretations of the Bible also vary? Well, yes. But see, should our interpretations be at variance, we cannot stray too far away from our ultimate index and still say our interpretation is true, valid, and irreproachable—because the very person of Jesus, what he said and what he did, that is our ultimate index. Furthermore, Jesus taught us the kind of God we have. He revealed to us that God is not just an invisible creator as his fellow Jews believed, but that he is Father. Jesus also revealed that God is not an impersonal savior, but rather a Son; and that God is not just “holy breath,” ruah hakodesh, that inspires us to turn towards God. No; God is Spirit of love and unity. So, the ultimate index of our faith is a Person – and that Person is also a Relation: Father, Son, Spirit of love and unity.

So if ever any Christian calls for violence and says the Bible says it’s so, we must ultimately ask: but was Jesus the Son of God ever violent? If any Christian encourages vengeance and says the Bible says it’s so, we must ultimately ask: was the Father of the  Lord ever vindictive? If anyone quotes Scripture and points out that we must retaliate and desecrate and draw blood in God’s name, we must ultimately ask, since when did the Spirit of the Father and Son incite anyone to retaliation, desecration, or massacre? But much closer to home now, if any priest, nun, or lay supports the denigration of women, the rejection of homosexuals, or the alienation of the separated and divorced—we must ultimately ask, “In the words and actions of the Father, the Son, or the Spirit, where do we see them denigrate women or condemn homosexuals or alienate the separated and divorced? Where?” Because our index is not just words of law or a Messiah that has not yet arrived. Our index is Person and Relation…and that Triune God has already entered time and space.

We could fake interpretations of the Bible so we could rally people behind our personal agenda—like extremists interpret their scriptures (or like our own congressman reads the Crucifixion as warrant for death penalty, good grief). We could engineer an interpretation to push bigoted agenda against women, gay people, and the separated and divorced. But we must measure all that against a divine Person, what he has said and done, and a divine Relation, how and with whom he has related. Now that you cannot fake.

I love that our Tagalog describes both person and relation in one word: kapwa. I took it personally when the Maute stomped our statues, smashed our images, and burned our church…because our God is kapwa to me: Ama, Kapatid, at Pag-ibig. I figured, unless one really accepts that God is both Person and Relation—and we should, by the way, we profess that faith every Sunday— one would teeter on a slope that could slide right into extremism. It’s not only peace-loving Muslims who have extremists amongst them, you know. We Catholics, we could well have our own streak of extremism, too, even if we don’t happen to stomp statues, smash images, or burn churches.

Let us pray on this Trinity Sunday that our Triune God teach us and remind us—that our survival or our destruction hangs upon how we cooperate with God or not in being what he has originally meant us, human beings, to be: human beings who are all deeply personal and deeply relational—made in God’s image and likeness, the image of the Trinity: “merciful and gracious, slow to anger, rich in kindness and fidelity.”

image from the Internet