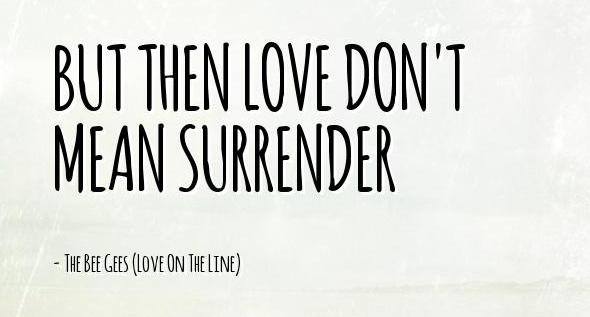 For many years, a giant ruled the Kingdom of Himosh. Every day, the giant went up to the hill and challenged the villagers; but no one dared to accept because of the giant’s enormous size. One day, a little boy accepted the challenge and started walking towards the giant. To everyone’s surprise, the giant started to shrink as the boy came nearer to the giant. When the boy was in front of the giant, the boy was taller than the giant. The boy asked his name, and the giant replied, “My name is FEAR.”

It is interesting to note that when Jesus begun his public ministry, it was at the time that his cousin, John the Baptist, was arrested and imprisoned. Suddenly, the possibility of being arrested and imprisoned became a reality to Jesus. Not a promising way to start an enterprise! Warning! There was a looming crisis ahead! But without losing precious time, Jesus seized the opportunity and took the “Fear Factor” Challenge!

He wanted to start with a BIG BANG in his ministry by choosing the most challenging, most dangerous, but most promising place for change – Galilee. It was a defining moment! He took the relay’s baton from John and shouted his rah-rah-rah! : “Repent for the Kingdom of heaven is at hand.” Jesus was a smart strategist oozing with GREAT OPTIMISM. He knew the danger of going to Galilee. He could easily be arrested there like John, but HE WAS NOT INTIMIDATED. “The optimist sees opportunity in every danger; the pessimist sees danger in every opportunity.” (Winston Churchill) For Jesus, running away was not an option.

But why choose Galilee to start his ministry? Why not choose a less dangerous place? Galilee was a melting pot of foreign cultures.  In all Israel, the Galileans were most open to change, thirsty for innovations and famous for sedition and rebellion. Cowardice was never a characteristic of the Galileans. From the eighth century until the second century B C, Galilee had largely been in the Gentile hands. Thus, Galilee was an attractive target for a new teacher with a new message.

Jesus was a WISE STRATEGIST. God’s Enterprise to spread the good news suffered a major setback with the arrest of John, but it didn’t stop Jesus from taking the opportunity for a potential “Big Bang” in Galilee. Upon arriving in Galilee, he immediately recruited his first disciples and organized his rag-tag Jesus Team. And the rest, as they say, was history.

By 2010, there were more than 2.2 billion Christians around the world. Big Bang! Jesus turned his crisis into an opportunity by facing the challenge, capitalizing on his strengths and making a decisive move – a defining moment! Jesus was determined, confident and swift in all his actions. He knew the Kingdom was “at the Father’s hand.”(Matthew 4:17)

In the 1980s, Aluminum Containers Inc. was the major supplier of collapsible toothpaste tubes for Colgate and Close-Up. The company enjoyed great profit with the huge demand. But in 1985, Colgate and Close-Up shifted to plastic toothpaste tubes. The company was forced to close. Crisis loomed! But when Dr.Pedro, the owner, realized his old equipment could still be put to use, he seized the opportunity! He formulated his own local toothpaste and started manufacturing Hapee toothpaste. Dr.Pedro knew he could not compete with giants Colgate and Close-Up in areas of promotion and distribution, so he decided to cut his toothpaste price by 50% and successfully captured the market. The strategy: Target the multinationals’ Achilles’ feet: Price. BIG BANG!

In the 1970s, the hamburger became a hit. Hundreds of small entrepreneurial burger stores mushroomed in Manila. But when McDonald’s entered the scene in the 1980s, those small burger houses started to fold up. Crisis loomed! Jollibee knew they could not compete with the US-based McDonald’s. But to run away from the giant was not an option. They seized the opportunity. They upgraded their food preparation and sanitation, professionalized the crew and offer a Filipino taste-based menu (sweet spaghetti with hotdog, sweet yumburger, and tasty chicken joy) against the McDonald’s imported appeal. Their strategy: Be a Filipino. It emphasized its Langhap Sarap taste and hence, it’s Filipino-ness. The rest is history. Jollibee out-marketed McDonald’s. In 2015, there were 3,000 Jolibee stores worldwide. BIG BANG!

Our Gospel for today is challenging us to be more daring and courageous ,to face our giants and see opportunity in our crisis. Be confident in facing the challenges in your life, be creative, think outside the box and strategize! Orient yourself on your enemy’s strengths and weaknesses – and yours. Knowing that we are in the loving hands of God, to leave our Nazareth and go to Galilee is a God-given opportunity.

“The highest form of insanity is doing the same things over and over, expecting different results. The point is, if you want different results – you have got to make some changes” (Bill Goodwin)

Courage! Don’t surrender. Do not be afraid! Face your fear, disappointments, failures and frustrations with a BIG HEART. God will never let you down. Running away is not an element of growth and success. Running away will never solve your problem nor will it bring you to your success and happiness. Face your giant!

GO TO YOUR GALILEE NOW! And do a higher level of thinking and creativity! =) Go for your own BIG BANG!